/ What kind of cells can be cultured in cell culture flasks?

What kind of cells can be cultured in cell culture flasks?

There are many types of cells, which are divided into adherent cells and suspension cells according to their growth patterns. The growth of adherent cells must have a support surface that can be attached to, and the cells rely on attachment factors secreted by themselves or provided in the culture medium. In order to grow and reproduce on this surface. The growth of suspension cells does not depend on the surface of the support and grows in suspension in the culture medium. Cell culture flasks are generally made of transparent polystyrene raw materials. Common specifications include 25cm2, 75cm2, 175cm2, and 225cm2. The bottom surface of the cell flask is designed with an arc shape to reduce contact dead angles when pipetting cells. It can be used for both the culture of adherent cells and the static culture of suspension cells. The applicable cell types are as follows: 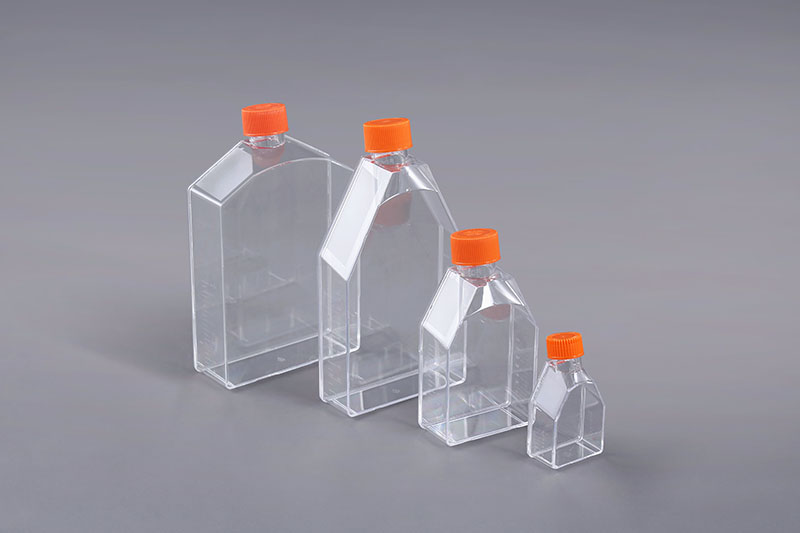 It should be noted that if the cell culture flasks are used for the cultivation of adherent cells, the surface of the flask needs to be specially modified to increase its hydrophilicity to meet the growth characteristics of adherent cells. When used in suspension cell culture, no special treatment is required.