The cell culture  flasks is made of medical grade polystyrene material with high transparency. According to different surface treatment processes, it is divided into two types: hydrophilic and hydrophobic.

Hydrophilic cell culture flask: used for the cultivation of adherent cells. The growth of such cells must have a support surface that can be attached, and the cells can grow and reproduce on this surface by relying on attachment factors secreted by themselves or provided in the culture medium. The surface of the bottle has undergone a special modification treatment to introduce hydrophilic groups. The purpose of this is to increase the adhesion performance of the bottle surface, which is more suitable for cell growth. 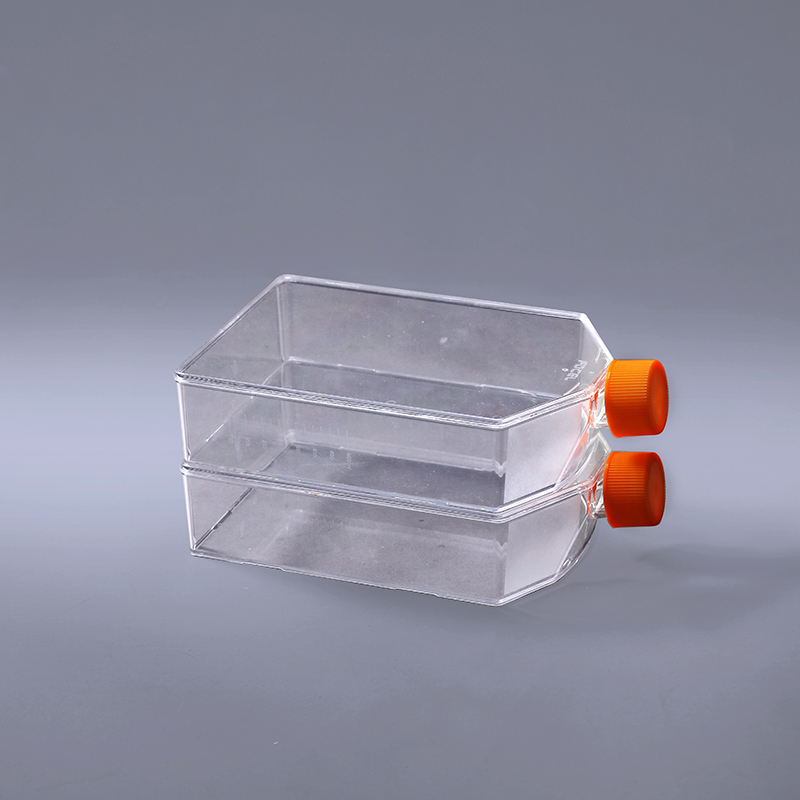 Hydrophobic cell culture flask: used for the cultivation of suspension cells. The growth of these cells does not depend on the surface of the support and grows in suspension in the culture medium. Such cells are called suspension cells. Such as lymphocytes. Polystyrene generally has a head-to-tail structure, the main chain is a saturated carbon chain, and the side group is a conjugated benzene ring, which makes the molecular structure irregular, increases the rigidity of the molecule, and makes PS a non-crystalline linear polymer. It has a certain degree of hydrophobicity, so the surface can be used for suspension cell culture without special treatment.

The above are two types of cell culture flasks, which are mainly suitable for medium-scale cell and tissue culture in the laboratory. The wide bottleneck design facilitates the pipette and cell scraper to contact the growth surface.