/ What are the biological testing items of the cell factory?

What are the biological testing items of the cell factory?

Cell factories occupy an important position in large-scale cell culture, mainly used in pharmaceuticals, vaccine production, cell therapy and other fields. Cells are more sensitive to the production environment, so the requirements for consumables are also relatively high. Biological detection is a very important basic detection, mainly including the following items:

Cytotoxicity test: Pure cell-killing events caused by cells or chemicals that do not rely on apoptosis or necrosis as cell death mechanisms. Through this test, it can be judged whether the raw materials of the cell factory contain substances that are not conducive to cell growth.

Sensitization test: chemical sensitizers act on the body through various ways, and can make immune cells in the body produce specific immune responses to them. damage, showing obvious symptoms and signs. Through this test, it can be judged whether the test substance is an allergen and the sensitization intensity. 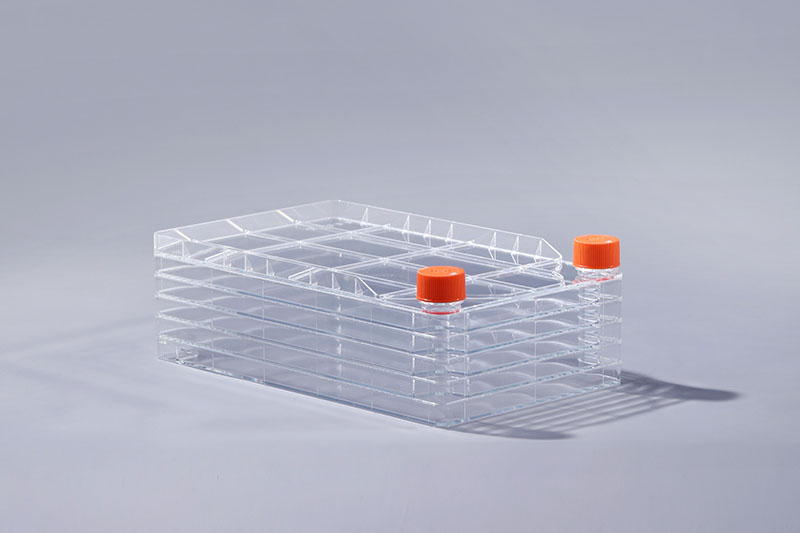 Systemic toxicity testing: The starting point of systemic toxicity testing is to consider the potential adverse effects of the product or its material leaching during use of the medical device. Because these extracts may cause harm to tissues or organs that are not in direct contact with the product through the absorption, distribution and metabolism of the human body.

In addition, the biological test also includes intradermal stimulation test and intradermal reaction test. These test items are all to ensure that the cell factory does not contain substances that affect cell growth, so as to ensure the normal proliferation of cells.