Cell culture flasks are commonly used consumables in small-scale cell culture. In order to facilitate the observation of cell growth conditions, polystyrene materials with higher transparency are generally selected for this consumable. So, what are the characteristics of this material?

Polystyrene refers to a polymer synthesized from styrene monomer through radical addition polymerization. It is a colorless and transparent thermoplastic with the following characteristics:

Polystyrene molecules and their aggregated structure determine that they are rigid and brittle materials, which exhibit brittle fracture under stress.

Polystyrene has good electrical properties, with volume resistivity and surface resistivity as high as 1016～1018Ω·cm and 1015～1018Ω, respectively. The dielectric loss tangent value is extremely low, and it is not affected by frequency, environmental temperature, and humidity changes. It is an excellent insulating material. 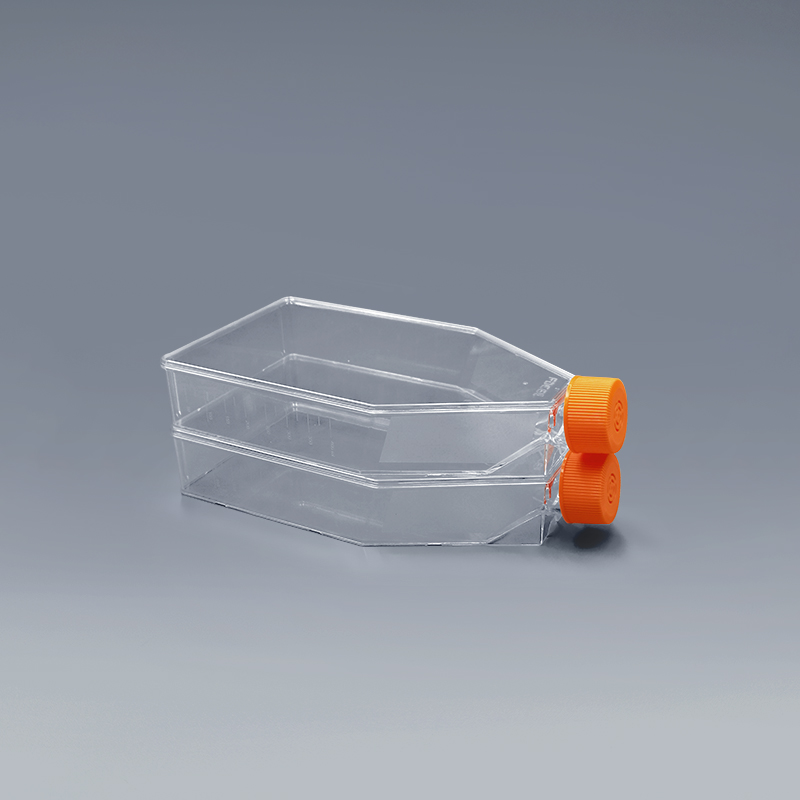 Polystyrene has excellent optical properties, with a light transmittance of 88% to 92% and a refractive index of 1.59 to 1.60. It can transmit visible light of all wavelengths. The transparent material is second only to acrylic polymers such as plexiglass in plastics. .

The above properties of polystyrene can meet the needs of cell culture flasks. In addition, if it is used for adherent cell culture, the surface of the bottle needs to be specially modified to increase the adherence performance of the cells.