/ How to avoid cell clumping in cell culture flasks

How to avoid cell clumping in cell culture flasks

Cell culture refers to a method of simulating the internal environment in vitro to make it survive, grow, reproduce and maintain its main structure and function. In the process of cell culture using cell culture flasks, various problems will be encountered. Cell clumping is a relatively common type. If you pay more attention to the early stage of cell culture, this situation can be avoided.

1. The presence of calcium and magnesium ions in the culture medium can easily lead to cell clumping, so when washing the cells, pay attention to using a calcium-magnesium-free balanced salt solution.

2. For cells that are very firmly attached, they can be digested in multiple batches, which can greatly reduce the damage of trypsin to cells, ensure the good condition of cells, and avoid cell clumping.

3. Too high cell growth density can easily lead to cell clustering. A density of 70%-80% is good, which can greatly reduce the probability of cell clustering. If the cells have grown into colonies, pass the cells at low density first, and then digest and pass them the next day. After three consecutive passages, the cell clumps will become smaller and smaller. After several passages, follow the conventional digestion method and time. The cells gradually spread into individual ones. 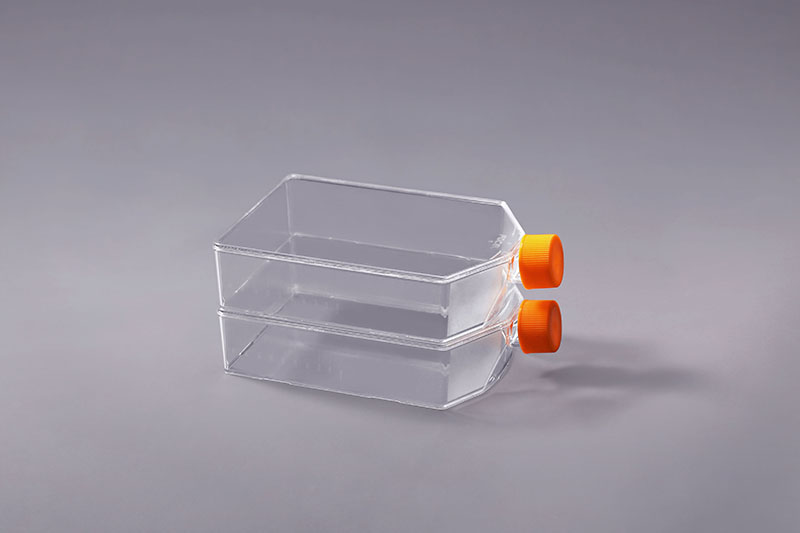 4. Try not to shake the cell culture flasks vigorously during the digestion process, so that the cells are especially likely to fall off like chips. Once the cells fall off into the suspension, it is difficult to beat them into a single piece, so the cells must be blown open before they fall off to strictly control the degree of digestion.

Cultivating cells is a very deep knowledge. The quality of the cells, the composition of the culture medium, and the cell growth density will all affect the growth of the cells. To avoid cell clumping in the cell culture flasks, you can control from the above aspects, so as to ensure the smooth progress of cell culture work.