The cell factory is a cell culture device, which is composed of one or more layers according to the size of the culture area, which can realize the large-scale culture of cells, and is suitable for many fields such as vaccine, pharmaceutical industry or monomer clone antibody. 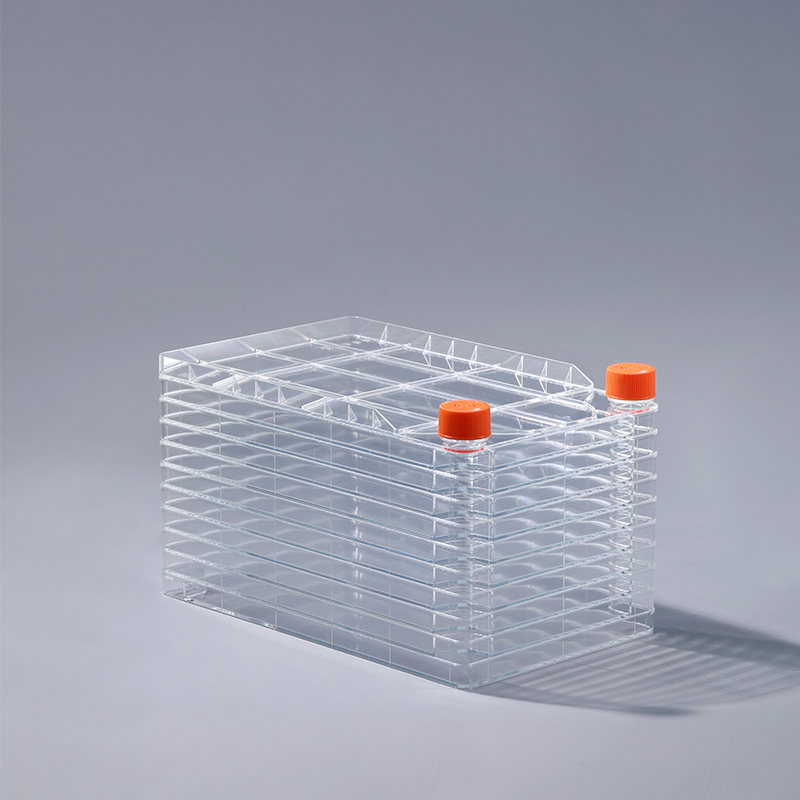 The cell factory can satisfy adherent cell culture, and it is also suitable for static culture of suspension cells. Adherent culture means that the cells must be attached to the wall of the culture (bottle) vessel when they are cultured. Once the cells are attached, they will spread quickly, then begin mitosis, and quickly enter the logarithmic growth phase. Generally a few days later, the culture surface is covered and a dense cell monolayer is formed, such as Vero cells, HEK 293 cells, CAR-T cells, MRC5, CEF cells, porcine alveolar macrophages, myeloma cells, DF-1 cells, ST cells, PK15 cells, Marc145 cells, etc. all adopt adherent culture methods.

Suspension culture refers to a tissue culture system that cultivates single cells and small cell clusters in a liquid medium that is constantly agitated or shaken. The growth of suspended cells does not depend on the surface of the support, and grows in a suspended state in the culture medium. For example, CHO cells, insect cells, BHK21 cells and MDCK cells are all used in suspension culture.

The cell factory utilizes the advantages of multi-layer structure and large area, and is widely used in industrial mass production to meet the dual needs of adherent culture and suspension culture, and is favored by many scientific research institutions and pharmaceutical companies.